Top 5 places to visit in Kerman

Top 5 places to visit in Kerman

Top 5 places to visit in Kerman during your travel to Iran.

Kerman is the capital city of Kerman Province, Iran. At the 2011 census, its population was 821,374, in 221,389 households, making it the 10th most populous city of Iran. It is the largest and most developed city in Kerman Province and the most important city in the southeast of Iran. To know more about Iran just click here

Mosques, caravanserais and Fire temples dominate this desert city with an exotic atmosphere. On the edge of the Dashte Kalut desert lies the most populated Zoroastrian city of Iran, Kerman.

The city is a melting pot of Persians and Baluchis (which are originally from the bordering province of Sistan and Baluchistan). Kerman is a city of ancient sights, as its surroundings too.

See magnificent gardens in the deserts of Persian princesses, blue domes towering above the palm trees and a beautiful scenery!

Since Arg-e-Bam, the largest adobe building in the world was destroyed after a devastating earthquake in 2003 and is currently closed to public due to restorations. The well preserved Arg-e Rayen was quickly brought to spotlight to replace the experience of a medieval Persian town for tourists. Going up and down the stairs, getting on rooftops, passing through where once used to be the bazaar and peeking into the governor’s house can seem like you’ve stepped back in time by a few centuries. Not to forget the rooftops of the fortress make for some pretty insane photo backdrops. 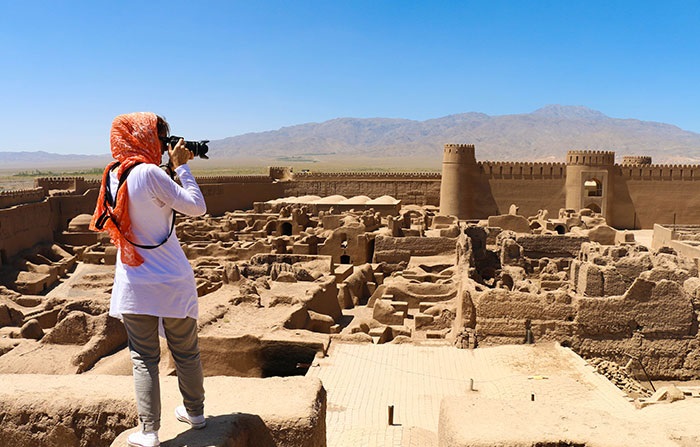 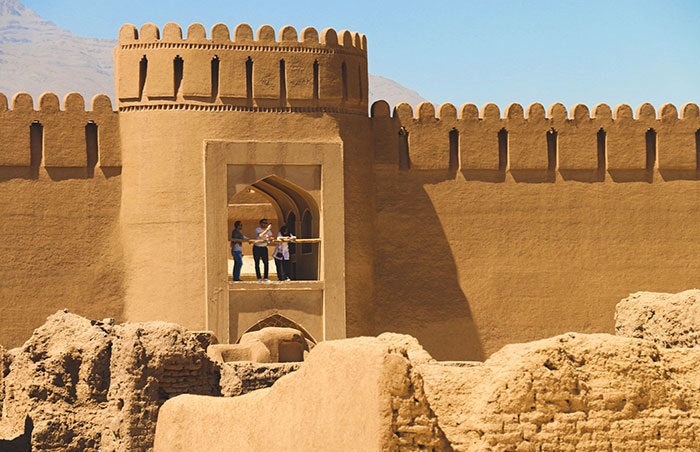 Just as you approach the garden, the word oasis suddenly makes sense to the fullest. One second you’re in a barren desert and next you’re in garden tended with ample water flowing down in cascading series. Right in the middle of nowhere, somewhere in the village of Mahan where vegetation is poor, you’re struck with a walled piece of land from where numerous trees are peeking out creating a huge contrast to its surrounding. 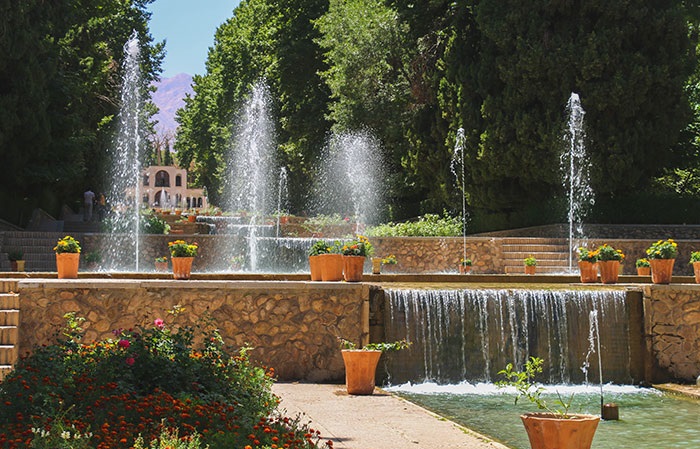 Built by Ganjali Khan the governor of Kerman under Safavid rule, Ganjali Khan square is flanked by a caravansary, a mosque, a bathhouse and a madrasah on all sides. It’s also commonly used as a gathering point for special ceremonies.

The bathhouse is known to be one of the most famous in Iran and a perfect example of Iranian bathhouse architecture. It’s huge and holds a lot of history in its heart. The mosque is small but a gorgeous dome is carried by squinches and the adorned ceiling is nothing short of ethereal. 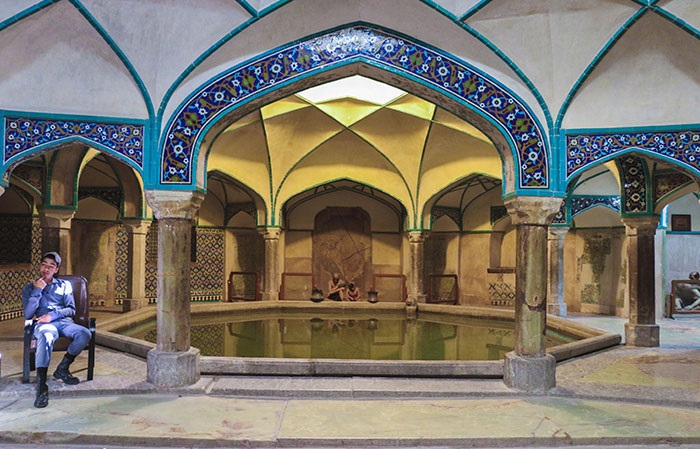 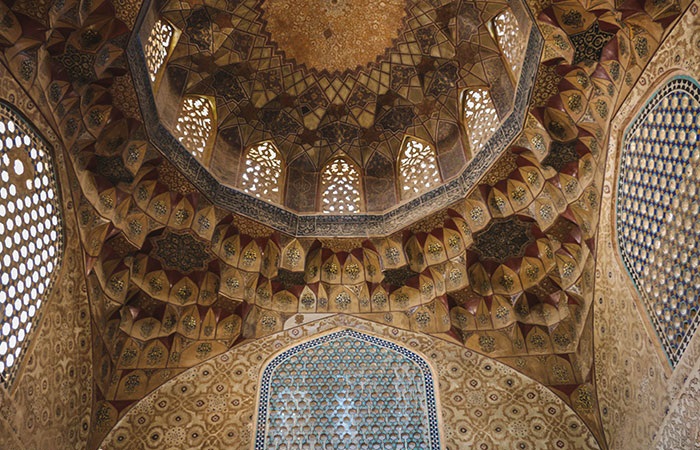 The shrine was constructed in honor of Shah Nematollah, a Sufi master and poet and completed by various rulers over the centuries. Today it’s a complex including several courtyards, a shrine and a mosque with two minarets adorned with tile-work from top to bottom.

There’s a calming atmosphere inside, reflecting the spirits of Shah Nematollah himself. There are also a few shops in the main courtyard where you can buy books or souvenirs. 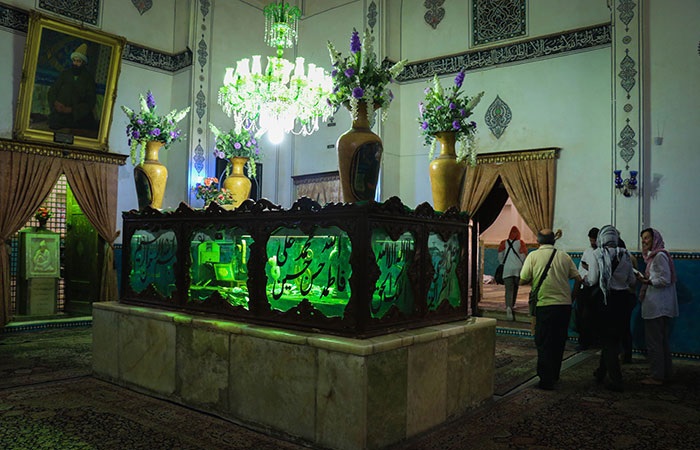 Top 5 places to visit in Kerman – Mausoleum of Shah Nematollah 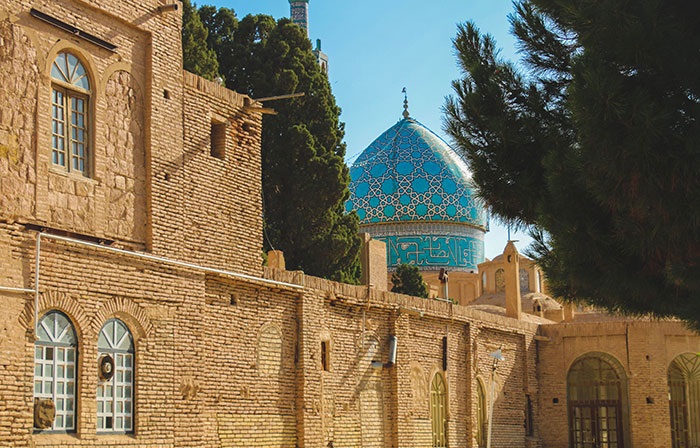 Top 5 places to visit in Kerman – Mausoleum of Shah Nematollah

The Mosque of Kerman

As a tourist you will visit a lot of mosques during your visit in Iran and it’s almost always during visiting hours when there’s no one around.

Appreciating the beauty of architecture is one thing, but experiencing an actual prayer leaves a lasting impression that is unique to this part of the world. The combination of a full moon on top of the main Ivan and the call of prayers made for a heavenly atmosphere. 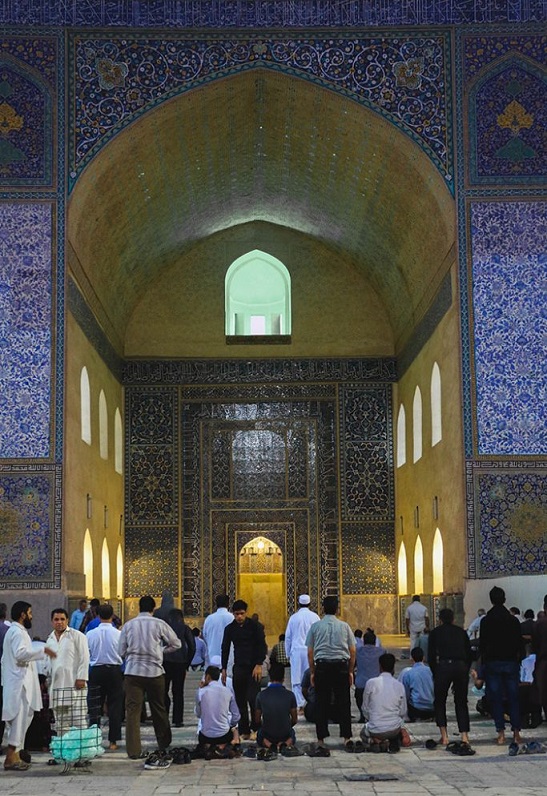 Top 5 places to visit in Kerman – The Mosque of Kerman 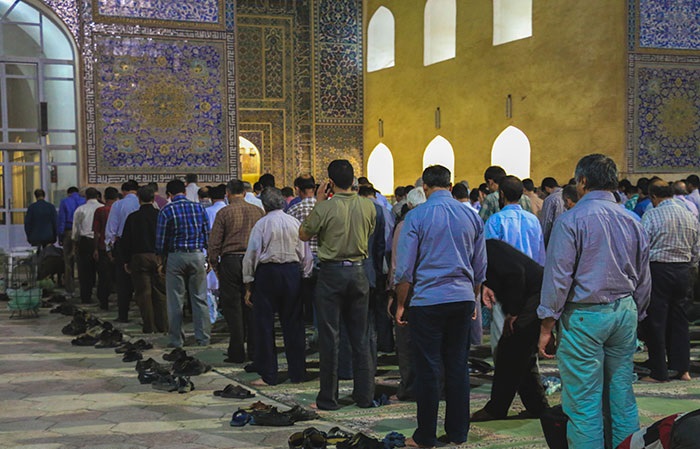 Top 5 places to visit in Kerman – The Mosque of Kerman

If you’re interested in all the beauties that rests in Kerman, visit our tour offers with special prices. 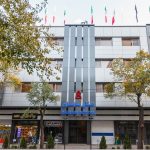 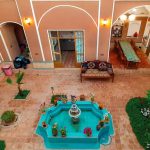 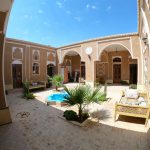