Tipping is not a big deal in Iran. In upmarket restaurants (mainly in Tehran) a 10% gratuity might be expected but everywhere else any money you leave will be a pleasant surprise. As you could see and will be see , Iran travel is not that hard . It’s normal to offer a small tip to anyone who guides you or opens a building that is normally closed. If your offer is initially refused, you should persist in making it three times before giving up. It takes time till you adopt with concept of Taarof!

To know more about Iran Currency and Money you can kindly read this Article.

The following goods may be imported into Iran without incurring customs duty:

• A reasonable quantity of cigarettes.

• Reasonable quantity of perfume for personal use.

• Gifts on which the import duty/tax does not exceed US$80.

The import of the following goods into Iran is strictly prohibited:

Alcohol, narcotics, arms and ammunition, radio apparatus, CDs and DVDs, any written, printed or recorded materials against the Islamic and national beliefs of the country (fashion magazines and obscene publications), Satellite telephones, all horticultural and agricultural goods including seeds and soil, and gambling tools. Penalties for being in possession of narcotics are very severe.

Each passenger leaving the country is permitted to take his/her own personal luggage as well as Persian handicrafts, Kilims and a carpet (not bigger than 3 square meters) as long as they are not antiques.

Export of all antiques such as gems, coins, and handwritten manuscripts is prohibited.

To export musical instruments, a permit is required from the Ministry of Culture and Islamic Guidance.

Do Not EXchange Money at the Streets :

Not only it is NOT SAFE but also it harmful for Iranian economy to exchange your money at the streets , although you might get a small better rate but it does not show a good attitude to other people and government . 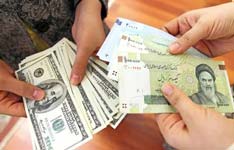