Top 5 places to visit in Shiraz during your travel to Iran.

Shiraz is the 5th biggest city of Iran with a population of almost 2 million!

The city is famous for a fair amount of things in the world. First for it’s long history and important role in the Persian empire with Persepolis as it’s capital. Second, for it’s wine! …Yes, wine! Shiraz used to be Iran’s wine capital and known for producing the finest wine in the Middle East. However you won’t be getting that anymore!

Shiraz is the land of Poets. …and No! poetry is not a thing of the past when it comes to Iranians. You will find that the average life of an Iranian is deeply connected with poetry and they show a great amount of respect toward their poets. Turns out, some of the world’s famous Iranian poets like Hafez and Sadi were from Shiraz and by visiting their tombs you’d realize how dear they are to the Iranian heart.The people of Shiraz are known among Iranians as taking life on a slow mode and their love for picnics, which normally take place in their private family gardens. People usually close their shops and business by lunch time and don’t come back until around 3 or later.

Alright then ! let’s get to know the Top 5 places to visit in Shiraz.

Khwāja Shams-ud-Dīn Muḥammad Ḥāfeẓ-e Shīrāzī , known by his pen name Hafez(Ḥāfeẓ ‘the memorizer; the (safe) keeper’; 1315-1390) and as “Hafiz”, was a Persian poet who “lauded the joys of love and wine but also targeted religious hypocrisy”.

His collected works are regarded as a pinnacle of Persian literature and are often found in the homes of people in the Persian speaking world, who learn his poems by heart and still use them as proverbs and sayings. His life and poems have been the subject of much analysis, commentary and interpretation, influencing post-14th century Persian writing more than any other author. 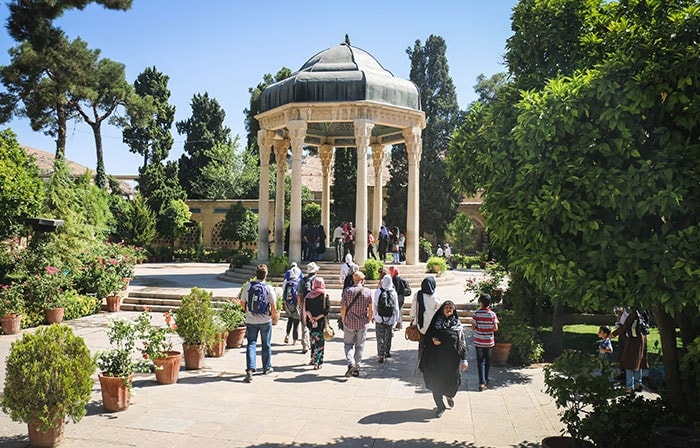 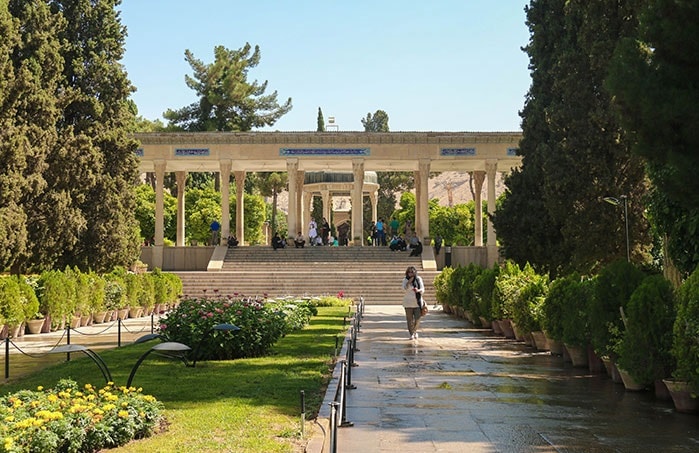 Abū-Muhammad Muslih al-Dīn bin Abdallāh Shīrāzī, better known by his pen-name Saadi or Saʿdī, also known as Saadi of Shiraz (Saadi Shirazi), was a major Persian poet and literary of the medieval period.

He is recognized for the quality of his writings and for the depth of his social and moral thoughts. Saadi is widely recognized as one of the greatest poets of the classical literary tradition, earning him the nickname “Master of Speech” or “The Master” among Persian scholars. He has been quoted in the Western traditions as well. 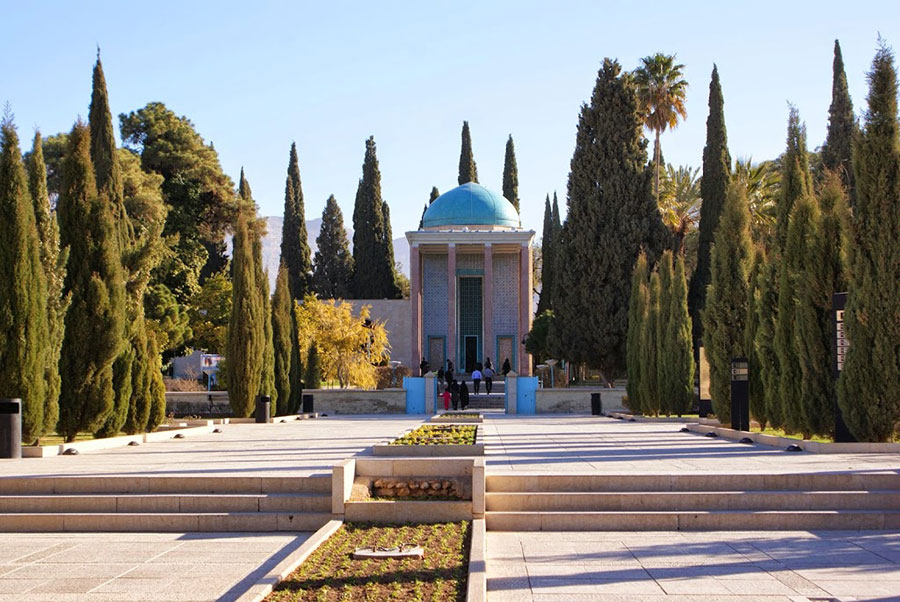 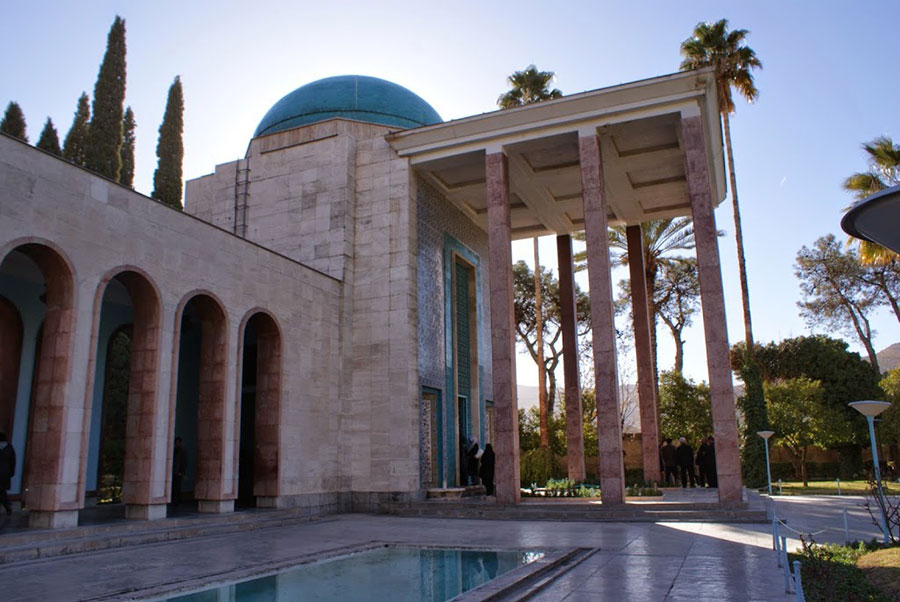 Shāh Chérāgh is a funerary monument and mosque in Shiraz, Iran, housing the tomb of the brothers Ahmad and Muhammad, sons of Mūsā al-Kādhim and brothers of ‘Alī ar-Ridhā. The two took refuge in the city during the Abbasid persecution of Shia Muslims.

Wearing a chador is compulsory for women and they are provided at the entrance if you don’t have one. 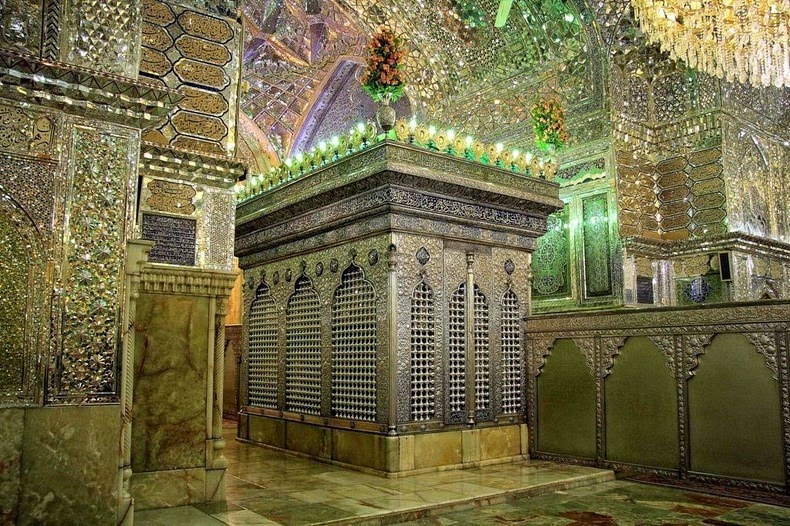 The most photographed piece of Iranian architecture that is adorned with colourful tiles and stained glass windows.

Visit the winter hall in the morning and you’ll witness the theatrics of sun rays streaming through stained glass windows and dancing over elegant Persian carpets. 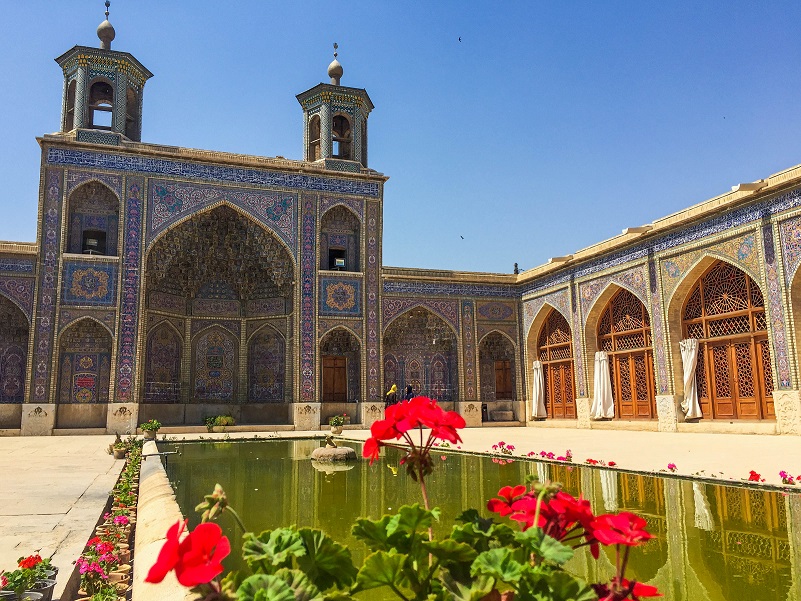 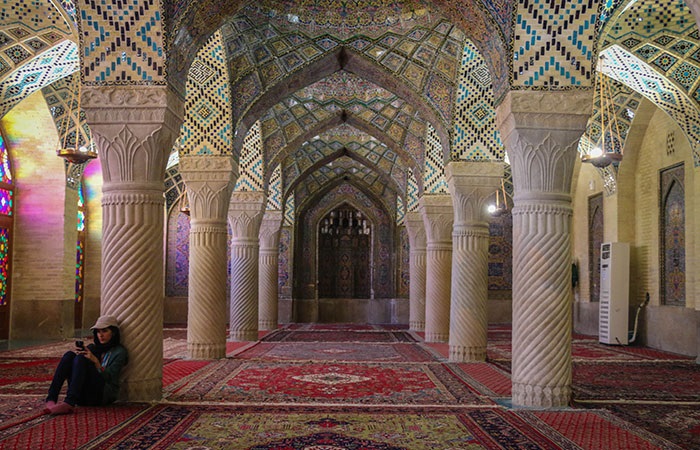 Persian Garden has been frequently quoted in Persian literature and poetry as the earthly paradise. It’s traditional style has influenced the design of gardens throughout the world, from gardens of Alhambra in Andalusia to their biggest interpretation in Taj Mahal of Agra. Eram Garden is a dazzling show of all the Persian garden elements and definitely a moment of delight whenever you’re in need of some peacefulness. 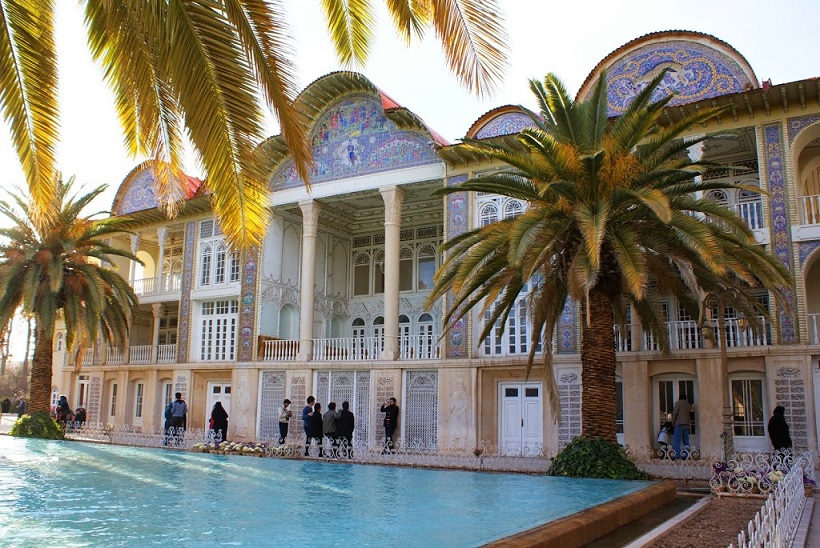 If you’re interested in all the beauties that rests in Shiraz, visit our tour offers with special prices.